OK, I agree . . . that’s a highly implausible possibility, but who says we can’t be dreamers? I’m not one for self-indulgence, but every now and then, it’s fun to imagine what my life would be like if it were a movie . . .

Reason for choices: No actress who is my age has handled dorkiness (House Bunny), drama (The Help), or comedy (Superbad) better than Emma Stone. She’s miles prettier than I am, but I couldn’t imagine anyone else able to play me. My second choice is Anna Kendrick because she’s great at playing awkward. And well, sometimes, I am just awkward.

Male Lead (playing opposite me)

Reason for choices: Who else but Joseph Gordon-Levitt? I love him in every film he’s in. I think he brings something new and fresh to the table in all of his roles. That, and he’s hot. John Krasinski looks like the everyday guy that almost any girl wouldn’t mind falling in love with. I know I wouldn’t mind.

Reason for choices:  After seeing Colin Firth in What a Girl Wants, I knew I would be perfectly fine if he were my dad. On the other hand, Steve Carell is an entirely different choice. He can make the littlest things entertaining, yet he still has an endearing side to him that would make him an excellent father figure.

Reason for choices: It’s hard to describe what it is about Susan Sarandon that assures me she would make the perfect mom. She just seems like she’d be an awesome, fun mom. Meryl Streep is my second choice–I think I’d like her just for all her cooking in Julie & Julia, even though Julia’s a character. She seems like someone who’d have a lot of wisdom to offer. 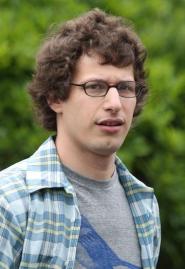 Reason for choices: Andy Samberg embodies “strange, but awesome,” in my opinion. He has a bit of a douchey side to him in most movies he’s been in, yet he’s hilarious as heck on Saturday Night Live. Between Parks and Rec and Friends with Kids, I could only imagine Adam Scott as the perfect second choice to play a funny, but awesome older brother character.

Reason for choices: Jim Carrey is known to be one crazy, hilarious dude, although I think he has a great handle on dramas too. He’s great at playing a variety of characters. Is it really necessary for me to explain either of my choices in this category? You tell me!

Villain of the Story

Reason for choices: Ryan Seacrest may sound like a nutty first choice for the villain, but one has to imagine he has to have some anger and frustration from hosting American Idol. Plus, I’d love to see the guy let loose and go crazy. Kristen Stewart . . . she already has the face down. She looks angry at the world.

Reason for choices: Aziz Ansari is hilarious. Few will ever deny this. Although I had a rather late introduction to him (30 Minutes or Less), he is comedy gold. From being an avid fan of How I Met Your Mother, I’ve learned that Neil Patrick Harris is one of the funniest dudes out there. Either making cameos or playing some small role as comic relief would be awesome. 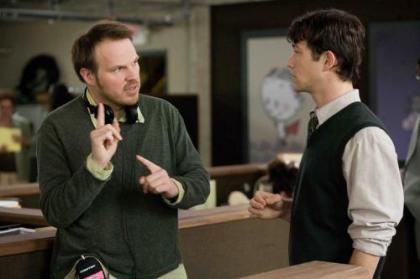 Reason for choices: I’m still really all over the place with who I would choose as director. Hence, why I chose three different people. Marc Webb is responsible for directing one of my favorite movies of all time, and many of you already know what that is–(500) Days of Summer. For someone to incorporate that much reality into a film, with well-developed characters, yet somehow still include a musical dance number and make a film as endearing as it is? I can’t imagine a better director. Nancy Meyers is another fun choice because I’ve very much enjoyed several of her films, especially The Holiday and It’s Complicated. I think she really knows how to make a full, in-depth film with a female protagonist without making it feel too chick-flicky or overly romantic. She seems to be one of the few female directors out there who really has a specific vision, and when you see the film, you know that it’s a Nancy Meyers film. My final choice is Cameron Crowe. He would have been my first choice if I thought he could incorporate more comedy, but I see Crowe as a director who has a lot of heart and definitely some drama. And that’s what I love about him. 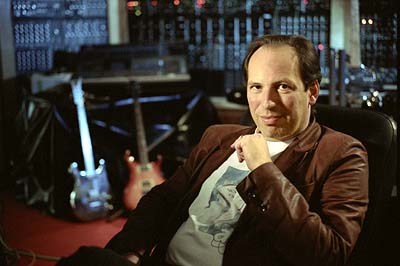 Reason for choices: Hans Zimmer is a master. He’s brilliant at developing new, ear-catching themes that outlast even some of the films he has scored for. Ultimately, Zimmer is my first choice to score a film. Nancy Wilson, although more of a rocker with far less experience, is still a talented musician with the ability to create a beautiful score, such as her work for Elizabethtown. Henry Jackman may sound like a strange third choice–I mean, why shouldn’t I choose someone far more experienced, like James Newton Howard or Alan Silvestri or Danny Elfman, all of whom I love? Jackman may has less experience, but he’s great at what he does. And he’s newer to the film score drawing board, similarly matching myself in that I’m still young. After falling in love with his work on X-Men: First Class score, I decided he would be a great back-up plan.

Reason for choices: I’m not as great as coming up with a good theme song. Instead of thinking long and hard about it, I just picked a couple songs in my library that I like a lot. I think both songs describe a lot of my own feelings about my life, so that’s helpful. I guess I could have chosen “I Believe in a Thing Called Love” by The Darkness. Wahaha.

Reason for choices: No matter how I look at my life, through the big highs and lows, there always seems to be someone who finds things about me hilarious. I’ve always been attracted to people with a good sense of humor, comedy TV shows and movies, and I’ve even attended a small share of stand-up comedy. 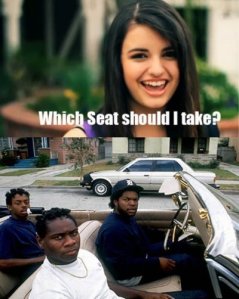 What can I say? Sometimes I think the greatest escape to reality is surrounding yourself with people and media that can make you laugh. Anyone who knows me well knows that I’ve also had my share of drama. And I mean, honestly, whose life doesn’t at least have a little unwanted drama in it? And just because I love musicals so much, I think there just has to be musical number thrown in, just for good measure.

I tried to think of some nifty titles, but nothing came to mind. So I guess all of THAT will just have to do. I must admit, I had a tons of fun putting this together. So now, it’s YOUR turn, people!

If your life were a movie, who would you cast as yourself? and opposite you? Any specific director or cinematographer or costume designer you’d demand? What kind of genre would it be? Share it, or copy and paste mine and fill it in with your own choices! Add and take away what people you would include. What do you think of my choices?