Well, I’m a bit past the halfway point, but I figure July is as safe a month as any to post my top five movies for the first half of the year. Originally, I wanted to go with ten movies, but I don’t feel like I’ve seen enough movies to really give a solid top ten. I read what Ruth from Flixchatter did in her post about how she described her top movies as a mix between her favorites and the movies she deemed “best” that she had viewed, and I thought that description was exactly how I wanted to describe my “top” movies of the year.

I loved this movie. It was fast-paced, quirky, charming, and just so enjoyable. I really think this is one of Wes Anderson’s best movies so far. There’s nothing quite like it out there, but I guess that is the typical description of a Wes Anderson film. TGBH has a colorful cast of characters played by a great group of actors, including Ralph Fiennes, Willem Dafoe, Adrien Brody, Jude Law, and playing practically the same character as his last Wes Anderson film, Edward Norton. I think what makes this movie great is the introduction of an actor new to the screen, Tony Revolori, who plays Zero, the character we follow throughout the entire movie. TGBH is odd, and perhaps even made only for a niche audience, but it’s quirky charm and eccentric characters won me over.

It’s interesting watching a Captain America film after seeing Chris Evans play Johnny Storm in The Fantastic Four. I’m not a fan of the Fantastic Four films, but Chris Evans plays a snarky, youthful bad boy so believably, that it makes his performance as Captain America in Winter Soldier that much more impressive. It’s hard to believe that an actor could play two Marvel characters who are so opposite from one another so well, but Winter Soldier really displays Evans’s dedication to the character Steve Rogers and makes you forget that he ever played Johnny Storm in the first place. Aside from Evans’s leading man grace, the movie is filled with old and new characters, played with enough charisma and excitement that Winter Soldier has definitely set the bar for future Marvel movies yet to be released.

3) The Fault in Our Stars

The year 2014, no doubt, it Shailene Woodley’s year. She starred in Divergent, which was released earlier in March, and now she’s in another popular book turned-to-film story where she plays one of her most notable characters yet. The first time I had heard her name, I was watching the pilot for The Secret Life of the American Teenager. I hadn’t given the actress much thought after that show, but after I saw her in The Descendants in 2011, I, like many in the film community, thought she might come back in a big way. She returned to the big screen again in The Spectacular Now, which, while I really didn’t care for, definitely convinced me Woodley was just getting started. I realize many adults will probably not share my interest this film, given that it stars teens. But I like the characters’ intelligence, and possibly even more, their attitudes toward cancer. It’s a heavy subject to deal with cancer, especially in young people. It made me think of 50/50, and how different those characters dealt with the life-sucking disease. Yes, it is a love story, but I think it’s better than a lot of films based off Nicholas Sparks books. When Woodley’s character, Hazel, visits Van Houten (played wonderfully by Willem Dafoe), you sense that this isn’t going to be a teeny-bopper, feel-good film. Overall, it’s a moving film, and certainly one of my favorites of the year so far.

I almost didn’t see Edge of Tomorrow given Tom Cruise’s recent track record with movies. The trailer did nothing for me, and I really assumed I wasn’t going to enjoy it. Perhaps that is the reason it makes it so high on my list. It does remind you of Groundhog Day, but it’s done well enough that you’re wanting to know what happens next. My husband and I saw it in 3D, and I was once again reminded that there are films worth watching in the overrated and overpriced viewing option. Emily Blunt shows how versatile she is in EOT, and I really wouldn’t be surprised if she were offered more action star gigs if she’s interested. While watching this movie, I felt like I was watching a video game unravel: Cage (Tom Cruise) had multiple lives to try out new tactics in order to eventually defeat the enemy and ultimately win. Edge of Tomorrow is definitely worth seeing in theaters. 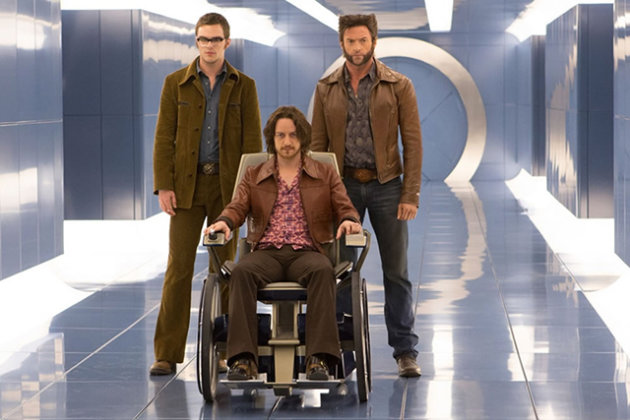 X-Men: Days of Future Past was the movie I most anticipated for 2014, and it delivered. Back when X-Men Origins: Wolverine came out in theaters, I didn’t really know much about X-Men. However, my friends dragged me to the theater, and I ended up enjoying the film. By the time X-Men: First Class came out, I became very interested in the characters and stories, so I watched the rest of the X-Men movies. There is a lack of consistency and continuity among the movies, given the different timelines, characters, and directors. I think Bryan Singer had a big job to create a movie that was able to unite the old and new films, and successfully accomplish it at that. But he did. Days of Future Past was entertaining and thoughtful, and certainly one of the best action movies to come out so far this year. The scene with Quicksilver alone makes this movie worth watching. Props to Wolverine, aka Hugh Jackman, for carrying this movie. What were your top movies so far this year? Is this a good year for blockbusters? As my friend Keith noted from his post over at Keith & The Movies, blockbusters seem to be great this year! What would you have added to this list?