Not Avengers. Not The Hobbit. Not the first of The Hunger Games or the last of Twilight produced the most anticipated hype for movies in 2012. I still believe that The Dark Knight Rises was the most anticipated film of the year. You can even add in a Tom Hooper and Quentin Tarantino flick near Oscar movie season, and I still hold firm in casting Nolan’s ending Batman in that top spot.

And with so much hoopla surrounding a film, only the inevitable seems probable, right? In other words, it’s not really possible for a movie to fulfill the impossible expectations that we, as film viewers, critics, audience, or even your average, everyday film-goers, have placed upon the film and shoulders of one Christopher Nolan, right?

Code language aside, The Dark Knight Rises was faced with an uphill battle the moment The Dark Knight hit theaters back in 2008. With a Batman movie receiving that kind of critical acclaim and love from critics and audiences together, how could the now much-recognized director deliver on an even higher and better level? He still has all the same people in his pockets–his brother, Jonathan, as co-writer; his cast with Christian Bale and Michael Caine leading; his composer, Hans Zimmer; his executive producer, Michael Uslan–the list goes on of course. But can the same team of people create an even better film?

With the unexpected death of Heath Ledger, perhaps there were minor (or major) script changes following The Dark Knight. Regardless, following TDK‘s massive success came the decision to finish the series with a final film, thus creating another trilogy film set–and according to some (and me in that group)–the best film trilogy made yet. But let’s not get ahead of ourselves.

This Is Not a Summary

I met up with my film buddy, Fredo, from FilmYarn yesterday to record a podcast on the film. When he posts it, I’ll be sure to include a link here. Before recording, one idea we talked about was how oftentimes many film reviews are just pretty summaries of the film. Am I guilty of doing that? Oh yes. Multiple times, in fact. But in order to offer something I hope will be a little fresher, I’m working extra hard with this “review” in order to make it not just a film review reiterating plot points, but something a little different, and hopefully something that will boost some outside-of-the-box thoughts and discussion from you guys.

I forced myself to not write this review until I had seen the film at least twice. Often when I see a film a second time, I have a very different reaction. I’m happy to say that this was the case, even though I didn’t even allow 24 hours between my two viewings.

After I saw TDKR for the first time, I loved it. Thought it was great. But I couldn’t dispose of the nagging feeling in my head that TDK was better, superior, and overall the better film of the two. And that was frustrating, because this was the END! Never again will I get to see a new Nolan Batman film and compare. Regardless, I went back the following day and caught an afternoon viewing with a friend who had yet to see it. The result this time?

Still, I loved it. But my complaints had narrowed considerably. I liked it probably ten times better than the first viewing. Partly, because I caught quite a few more things the second time around, and was able to better relax while watching. Any movie that has a decent amount of depth and plot usually requires me to view it twice minimum in order to get out as much as possible about a film.

Comparison to Its Older Cousin, Spiderman 2

Although this may seem like an odd comparison, I felt like I kept seeing parts of Sam Raimi’s Spiderman 2 while watching. Spiderman 2, was, in fact my favorite of Raimi’s Spiderman trilogy, as well as the best-reviewed of the three. That point aside, consider the plot of Spiderman 2. In the opening scene, Peter Parker loses his job. Mary-Jane is with another guy. Peter gives up being Spiderman for a short time. The guy is picked apart and stripped down. It isn’t until he hits his lowest point that he regains speed, reclaims his title as Spiderman, fights the bad guys, and reunites with the girl. 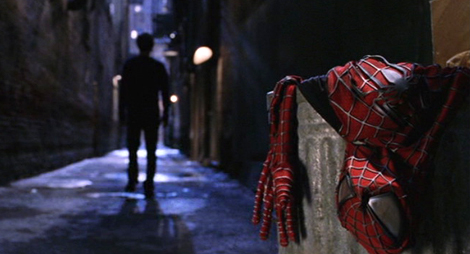 In TDKR, in an effort to not spoil or give anything away (in this section), I’ll hold off on revealing too much. Essentially, however, the same idea takes place; any person who has viewed the trailer can piece that together. The idea is in the title–the action on Batman’s part, “rises”–implies that he must be low in order to rise. This idea moves me into the next thought I had . . . .

Fredo and I argued about whether TDKR treated its theme as a metaphor in a literal sense, or was it really just Christopher Nolan being heavy-handed in over-exaggerating the theme? I, for one, vote on the side of metaphorical. Picking up where I left off, Batman is in a low place, and therefore must rise. Several parts of the film adopted the idea of being low in order to rise. Various scenes were filmed underground. Bruce Wayne/Batman started off the film in a low place–weak mentally, physically, and emotionally. Even the time of day/weather played a role in literally rising.

Fredo saw this use of emphasizing the theme of rising as more like banging the audience over the head with a hammer constantly. It wasn’t just enough to have Batman rise to the occasion, to rise to the problems of Gotham and put his best foot forward; Nolan had to emphasize the idea of rising in multiple outlets and formats throughout the film. While I very much appreciated the purposefulness of it all, others, like Fredo, did not.

It’s Such a Nolan Film

Anyone who has seen multiple Nolan films will agree that TDKR follows the same formula of his other films. Every scene, every piece of dialogue, every action, every tangible and intangible element has a purpose and point for being in its place at its time in the film. Everything is planned out. His films are literally puzzles, and each scene acts as a piece that must be placed at a specific time and place in the correct space.

The element of time, while is important for the film, doesn’t bear the necessity it does in his other films. In Memento, the time functioned in a more nonlinear structure. In Inception, time could be extended in various levels of dream stages, thus elongating itself in order for certain actions to take place. Nolan’s Batman films don’t quite restructure time like his others; however, time plays an essential role in certain actions needing to take place.

The film contained quite a few flashbacks in order to successfully tell the story. Nolan loves him some flashbacks. He makes great use of the device in The Prestige, Inception, and Memento. The flashbacks tell a great story that reveals pertinent information in the film. 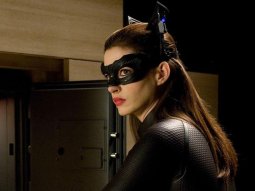 In his review of the film, Richard Roeper called watching this cast work as “movie heaven.” Even with TDKR‘s flaws, the cast really pulled out all the stops. There wasn’t a weak force on screen. Anne Hathaway was a stand-out just for not screwing up the role. Viewers went into the film with the lowest expectations for her, and she turned around and surprised many of us, including me.

Complaints have been made regarding Tom Hardy’s Bane. I talk more about his motivations in the Closing Thoughts/Queries section, but speaking just on his performance, I’d have to say he was nothing short of excellent. Talking with that device over his face had to be pretty difficult to deal with. He was menacing and expressed himself through his eyes, and while he might not have “stolen” scenes, he certainly took center stage when he was on screen.

The scenes shared between Christian Bale and Michael Caine were some of the strongest. My one big frustration (SPOILER) was Alfred going MIA the entire second half of the film.

And now I can’t hold back from spoiling parts, because in order to appreciate the idea that TDKR fulfilled Nolan’s Batman in such a satisfying way, one has to point out those lovely gifts Nolan wrote into the film. Getting to see Liam Neeson in a few short scenes as Ra’s al Ghul was such a treat. To learn of his connection in TDKR with Miranda Tate as his daughter, his heir who desires to finish his legacy, really makes it feel like we’re watching a finished, fulfilled version of Batman Begins.

Cillian Murphy returning for a couple short scenes as a crazy version of himself (was he really being Scarecrow?) felt like Nolan just saying to the fans, “Here ya go, fans. Enjoy.” Even when the prisoners were released to run about and eventually engage in battle, I was again reminded of Batman Begins. I felt like TDKR had quite a few parts that mirrored Batman Begins. 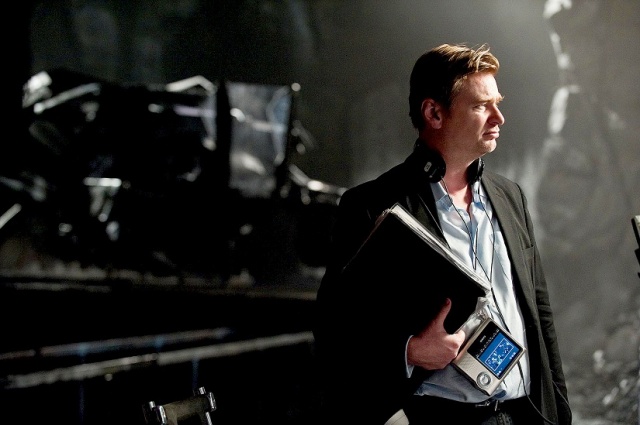 I’ll really miss this series. I believe it’s the best film trilogy made yet. Although the goodbye is bittersweet, I can’t help but wonder, what is Christopher Nolan going to do next?