Well, the Oscar nominations are in, and it’s gearing up to be year of multiple choices. There are many strong contenders, although there are also many favorites standing out, especially with past awards ceremonies this season prepping us for said stand outs.

For the Golden Globes, I didn’t include a list, but just speculated on what I liked and what I didn’t like. For the Oscar categories, I’ve decided not only to include the full list, but also to limit myself to a single question or statement for each category.

Actor in a Leading Role

Even with exceptionally great performances nominated, Jean Dujardin strikes me as the real winner of this category.

Actor in a Supporting Role

Actress in a Leading Role

Meryl Streep delivers, even in a terrible movie.

Actress in a Supporting Role 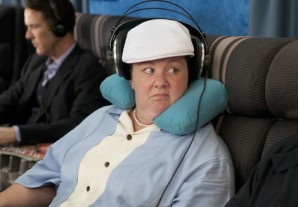 Who thought playing a hilarious, unapologetic bridesmaid could place you in the same category as Spencer and Bejo?

Oscar darling noms aside, Mr. Hazanavicious is due for another acceptance speech. 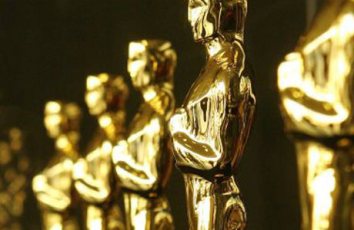 And they thought downsizing this category from 10 to 9 would really change things, huh?

ALSO – what the heck is Extremely Loud & Incredibly Close doing on this list? (sorry, had to break my rule at least once)

I wonder how Pixar is handling better films like Rango, Kung Fu Panda 2, and even Puss in Boots taking up all the room in this category.

Is there anything really exciting about these nominations?

I think a certain little original Will Reiser piece called 50/50 is missing from this category.

And all the Harry Potter fans say, FINALLY!

Should anyone aside from Emmanuel Lubezki even be considered in this group?

Anonymous and Jane Eyre make welcome appearances to the nominations.

Hell and Back Again
Danfung Dennis and Mike Lerner

If a Tree Falls: A Story of the Earth Liberation Front
Marshall Curry and Sam Cullman

The Barber of Birmingham: Foot Soldier of the Civil Rights Movement
Robin Fryday and Gail Dolgin

God Is the Bigger Elvis
Rebecca Cammisa and Julie Anderson

The Tsunami and the Cherry Blossom
Lucy Walker and Kira Carstensen

I would be OK with TGWTDT getting some love here.

Why does everyone already know that A Separation is going to win?

Despite my love for John Williams and Howard Shore, I can’t imagine anyone but Ludovic Bource winning.

“Man or Muppet” from The Muppets, Music and Lyric by Bret McKenzie
“Real in Rio” from Rio, Music by Sergio Mendes and Carlinhos Brown Lyric by Siedah Garrett

I could cry tears of joy over the “Man or Muppet” nomination; we’ll be looking for you at the Oscars, Jason Segel and Jim Parsons.

Is anyone else half laughing, half angry that the only category Drive received a nom for, Transformers is also sharing a spot of recognition?

As long as Michael Bay doesn’t get any reward or recognition, I’m strangely OK with Transformers getting nominated.

Harry Potter, please win something. Planet of the Apes, welcome.

Yes, there were snubs. But after reading the list, is there any other bigger surprise or disappointment than watching Ryan Gosling receive no nominations?!